News began spreading last summer of cardholders receiving surprise notices that their credit limits had been reduced by hundreds or even thousands of dollars. But only now that year-end financial documents have become publicly available can numbers be put to this pandemic move by credit card companies. 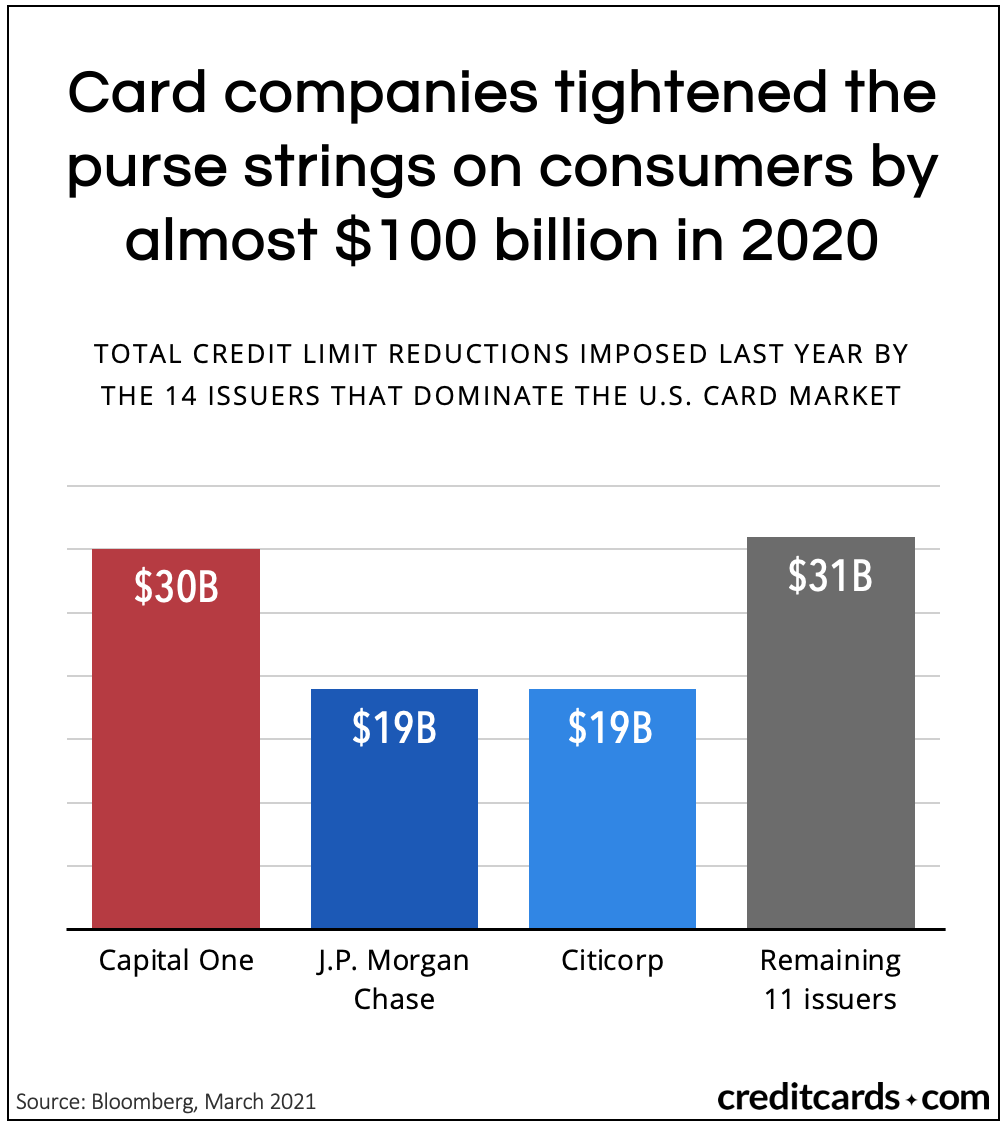 Reporting by Bloomberg shows that the 14 credit card issuers that dominate the U.S. card market trimmed users’ credit limits by a collective $99 billion in 2020. That’s equivalent to cutting $2,000 in financing to 50 million cardholders.

Capital One cut almost as much as 11 of the card lenders combined, with its credit limit reductions totaling $30 billion last year.

J.P. Morgan Chase and Citicorp curtailed limits by $19 billion each, with the remaining 11 card issuers’ cuts amounting to $31 billion.

Reports of frustrated cardholders began circulating on social media last summer, with some citing that the circumstances of the pandemic made it terrible timing for them to lose access to credit.

Subscribe to get the week’s most important news in your inbox every week.

Keep an eye on your inbox—we’ll be sending over your first message soon.

But since credit limit figures aren’t typically disclosed in quarterly corporate reports, there was no way of knowing how widespread or deep the trimming practice was. Only when annual figures recently appeared in arcane Federal Reserve filings could the limit reductions be quantified.

Not all credit limits were decreased during the pandemic, however. Subprime and near-prime borrowers – those with the lowest credit scores and therefore considered riskier by card companies – saw a $110 billion reduction in credit limits, while super-prime borrowers with high scores actually saw their credit lines expanded by $81 billion.

Capital One says it kept all credit limits “significantly above the (cardholder’s) highest balance of the past year,” and Citicorp reports that a drop in applications for new cards, not credit-line decreases, is the reason for the overall decrease in credit limits.

Bloomberg published this story on March 22.